Filling whisky into glass was still uncommon in the 1850s, and The Macallan 1841 is one of the oldest surviving whisky bottles in existence. The bottles were free-blown, and may be identified by a slight swelling around the base, caused by the glass 'sagging' while it cooled. The glass was always very dark green or brown, owing to particles of iron in the sand used in their manufacture. Unlike wine, whisky does not deteriorate in a well-sealed bottle, and such changes as do take place are small and subtle, so long as the bottle is properly stored. So the contents of sealed bottles are more or less the same today as when the bottle was filled. The temptation to find out what The Macallan tasted like 150 years ago, bearing in mind that the 1841 will have been matured for eight to ten years, was irresistible. The original 1841 was nosed and tasted by The Macallan's Whisky Maker, Bob Dalgarno, and his team. The original bottle has been copied faithfully, while making sure the new bottle is robust, capable of being filled on a bottling line, and meeting current legal capacity requirements. The surface of the original glass was lumpy in places, and the glass itself had trapped small bubbles; the neck was not straight and the body of the bottle was slightly ovoid. All these imperfections, common to early Victorian glassware, were precisely copied in the replica bottles, which were made by master glass makers Stolzle Flaconnage of Knottingley, West Yorkshire. The replica bottles were then sealed by hand and finished with a faithfully re-created label, using the hand-lettered style of the original.

Reviews and ratings (See more reviews of The Macallan) 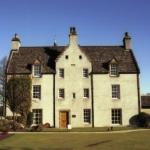 The Macallan: Masters of Sherry
Did you have this bottle? Did you enjoy it? What do you think about the proposed similar bottles? Let us know.

More bottles from The Macallan