A special bottling of Yamazaki, aged in a Mizunara (Japanese Oak) cask. Released in conjunction with the second Tokyo International Bar Show over the weekend of 20th/21st April 2013. A rare release, this was only previously available at the show itself or to members of Whisky Magazine Japan's Bond #1 club. 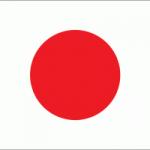 Made in Japan: Rising sun whisky
Did you have this bottle? Did you enjoy it? What do you think about the proposed similar bottles? Let us know.