Created to celebrate the 50th Anniversary of Parker Beam's tenure at Heaven Hill Distillery, this superb Bourbon is a limited release of only 4,500 bottles. 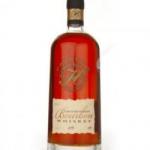 These bottles have been chosen over others because their nose, taste and finish are more similar to Parker's Golden Anniversary Heritage Collection than the rest. Go to Whisky-o-matic page to fine tuning other settings.