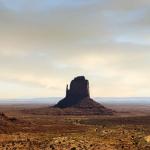 Bourbon: Discover America's native spirit
Did you have this bottle? Did you enjoy it? What do you think about the proposed similar bottles? Let us know.