In April 2012 Ardbeg sent some of their new-make spirit up into space to make Ardbeg the first inter-stellar whisky, so it came as little surprise that in September 2012, at the British Space Centre, the Ardbeg Galileo was launched.

It's a pretty damn good, unlike recent Ardbegs the Galileo features an age statement (1999-2012) and contains whisky matured in both ex-Marsala and ex-Bourbon barrels.

2 reviews with an average score of 91 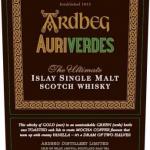 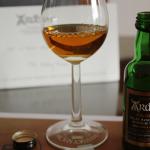 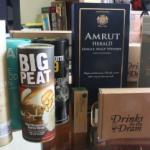 Whisky ratings, my own personal view 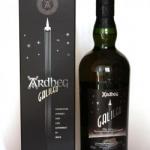 Other presentations, miniatures and samples of Ardbeg Galileo

These bottles have been chosen over others because their nose, taste and finish are more similar to Ardbeg Galileo than the rest. Go to Whisky-o-matic page to fine tuning other settings.