A special bottling to commemorate the 400th anniversary of the license to distil aqua vitae in Antrim originally granted in 1608 to Sir Thomas Phillips. This has already won 'Best Irish Blended Whiskey (No Age Statement)' at the World Whiskies Awards 2008. 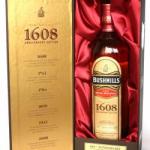 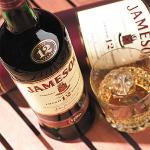 Other presentations, miniatures and samples of Bushmills 1608 400th anniversary

These bottles have been chosen over others because their nose, taste and finish are more similar to Bushmills 1608 400th anniversary than the rest. Go to Whisky-o-matic page to fine tuning other settings.