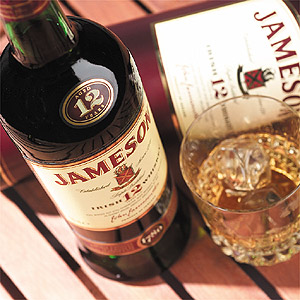 Irish whiskey is the whisky made in Ireland. The land where whisky production started is now recovering of a long journey in the dark. And they are here to stay. Big distillers like Jameson and Bushmills release from time to time little jewels and Cooley, although a young distillery, has won many awards and trophies so far. 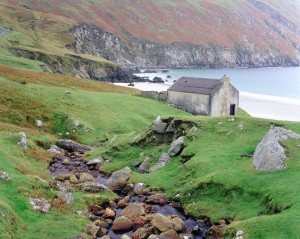 The name is an anglicisation of the ancient gaelic term uisce beatha that literally means water of life. It is believed to be one of the first distillate drinks made in Europe dating to mid 12th century. The art of distilling was introduced into Europe by missionary irish monks who probably learn it from arabs that used it to create medicines and parfums

Old Bushmills claims to be the oldest licensed distillery in the world since graining a license from James I in 1608, although whisky production didn’t started until late 18th century. In fact, it was Sir Thomas Philips the governor in Ulster who got the monopoly to make whisky from James I and from here Bushmills draw its founding. ( Thanks to Anders Gj—rling for the correction )

How Irish whisky is done 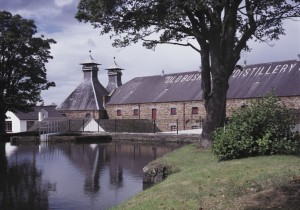 Ireland has now only four distilleries, of the almost thousands of stills that there were at late 19th century.
Each distillery provides a good amount of different whiskeys profiles: 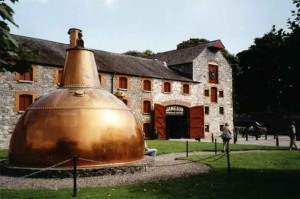 There are also many brands like: Tullamore Dew, The irishman, Knappogue Castle, etc.

Irish pot stills are bigger than scottish ones and they put more emphasis on the process and the casks than in the skills of the Master Blender.

The imposition of an excise tax in 1661 had the same effect as it did in Scotland, with the immediate production of poteen, an irish kind of newmake. The excise tax didn’t slow down the growth of the industry and by the end of the 18th century there were two thousands stills in operation in Ireland.

Under British rule, Ireland whiskey production was export oriented and it outsold scotch whisky in most markets because of its lighter body. Over four hundred brands of Irish whiskey were sold in the USA in the late 19th century.

The fall down of the Irish distilling industry can be explained by several facts.

Ireland distillers were slow to respond to the rise of blended scotch whisky that was a lot of lighter than single malts, targeting the same market that irish whiskey were ruling then.

The Prohibition Era in the USA hurt exports tremendously and most of the small distillers had to close its doors. The others were not ready to anticipate the Repeal and were caught short of supplies, making easy for blended scotch to take their markets.

Great depression, trade embargoes between newly independent Republic of Ireland and the United Kingdom and the WWII caused further havoc among the remaining distillers.

In 1966 three remaining distilling companies – Powers, Jameson and Cork – merged into a single company, Irish Distillers Company. Just six years later Bushmills joined IDC and all the distilleries of the island was under a single company hands.

Three years later, in 1975, following the great rules of the market, to reduce costs and improve efficiency, a new mammoth distillery was built at Midleton, in Cork and all the production of irish whiskey was transfered there.

Fortunately, in 1989, Cooley Distillery started producing malt and grain whiskey ( and of a great quality by the way ) breaking the monopoly of whiskey production in Ireland.

Here are some bottles from my collection of Irish whisky. Some of them has tasting notes.