I haven’t been blogging as much as I would like lately mainly because… ummm… eeehhmm…. let me find an excuse :), I still have to write about a few Ardbeg whiskies I have been tasting and about the Laphroaig Live whiskies ( pretty awesome stuff there that nor me nor you will be able to buy )… but well, from time to time you can give yourself a treat like this amazing Whisky Advent Calendar. 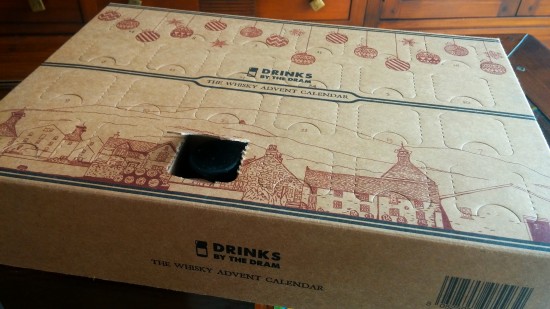 Drinks by the Dram Whisky Advent Calendar 2015 is packed with 24 whiskies ranging from amazing to just damn good amazing stuff… I was surprised last year to find only two or three whiskies that they weren’t top stuff… and I am quite happy to see that this year selection is perhaps even better. Here is the list, judge by yourself.

I am pretty excited to give them a try… but I don’t want to start before Dec, 1st… barely a few days away.

I won’t blog about them in the usual way, I will try to sum them all in three or four posts, but I promise to give you my sincere opinion about each of them and of course, you can get one for you at Master of Malt for barely £149.95 ( that’s isn’t so expensive if you check the whisky inside ). Let me know what do you think.