Living on the shadows of Macallan, Aberlour is one of the best sherry whiskies that are still affordable for you and me 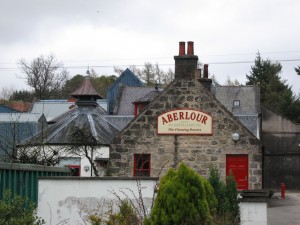 Aberlour is located on Aberlour Town, Speyside, Scotland at the crossing of rivers Lour and Spey near Ben Rinnes.
Aberlour is gaelic for ‘the mouth of the babbling brook’ which probably refers to Saint Drostan’s well, the local spring depicted on the label of all Aberlour whisky.

In 1962 the floor maltings at the distillery were closed. And eleven years later the distillery was renovated again to add two more stills making 4 in total.
In 1975 Campbell distillers was taken over by Pernod Ricard.

Aberlour whiskies usually have a very high proportion of sherry cask whisky on its vattings, around 25-50%, making it a serious competitor for Macallan.

Some bottles of Aberlour from my collection