From a mothballed distillery to a jewel in less than ten years. Know a bit more about Bruichladdich history 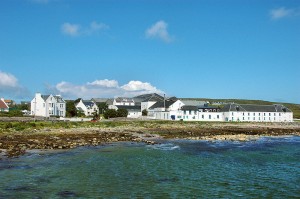 Bruichladdich was founded in 1881 by the brother Robert William and John Gourlay Harvey near the shore of Loch Indaal, near the town of Port Charlotte. When it was founded the distillery was an example of the state-of-art and most of the equipment is still used unchanged.

The distillery was built from stone since its foundation as it was built on the purpouse of distilling whisky.

The distillery changed owners and was out of use from 1929 to 1937.
In 1938 it was sold to Hatim Attari, Joheph W. Hobbs and Alexander W. Tolmie. In 1952 sold again to Ross & Coulter Ltd, who sold to A.B. Grant in 1960.
In 1968 Invergordon Distillers acquired Bruichladdich and doubled the number of stills, before selling it to Whyte and Mackay in 1975.

The distillery closed again in 1994 but was purchased by Murray McDavid on December 19, 2000 and completly renovated by a team of enginiers. Jim McEwan, who has previously worked at Bowmore distiller, was hired as Production director. Most of the distillery is still operated without computers.

They managed to get production again in May 2001. And started inmediately selling whisky from the old maturing stocks. 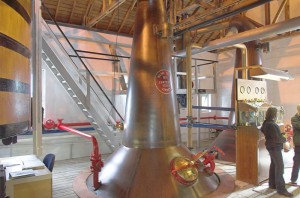 The distillery uses one mashtun and six washbacks. The still is composed of two wash stills and two spirit stills, around 23000 litres each of them together, all heated by steam.

It is the only Islay’s distillery that uses on-site bottling.

Some Bruichladdichs from my collection