One of the best Tennessee whiskey, and in fact there only two more. Its distinctive process is to filter the whiskey through charcoal to make it more mellow 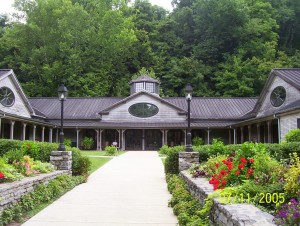 According to the Jack Daniel’s website, founder Jasper Newton “Jack” Daniel was born in September 1846.
He might have become a licensed distiller at the age of 20, as the distillery claims a founding date of 1866. Daniel was one of thirteen children to Calaway Daniel and his mother Lucinda Cook. Jack Daniel’s grandfather, Joseph “Job” Daniel emigrated from Wales as did his Scottish wife to the United States. He was of Welsh, Scottish, English, and Scots-Irish descent.

Jack Daniel never married and did not have any children. However, he took his favorite nephew, Lem Motlow, under his wing. Lem was very skilled with numbers, and was soon doing all of the distillery’s bookkeeping. In 1907, due to failing health, Jack Daniel gave the distillery to Motlow, who then bequeathed the distillery to his children, Robert, Reagor, Dan, Conner, and Mary, upon his death in 1947.

Tennessee passed a state-wide prohibition law in 1910, preventing the legal distillation of Jack Daniel’s in the state, and as a result Lem Motlow moved the distillery to St Louis, Missouri and Birmingham, Alabama, though none of the production from these locations was ever sold due to quality problems.

Even the Twenty-first Amendment enactment in 1933 repealing federal prohibition did not allow production in Lynchburg to restart, as the Tennessee state prohibition laws were still in effect. Motlow, as a Tennessee state senator, helped repeal these laws, allowing production to restart in 1938. The five year gap between national repeal and Tennessee repeal was commemorated in 2008 with a gift pack of two bottles, one for the 75th anniversary of the end of prohibition and a second commemorating the 70th anniversary of the reopening of the distillery.

The U.S. government banned the manufacture of whiskey during World War II and a little beyond, from 1942 to 1946. Motlow resumed production of Jack Daniel’s only in 1947 after good quality corn was again available. 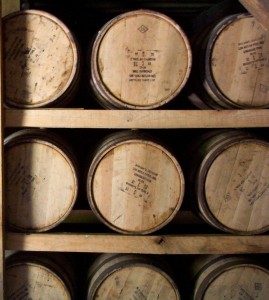 When the company was later incorporated, it was incorporated as “Jack Daniel Distillery, Lem Motlow, Prop., Inc.” This has allowed the company to continue to include Lem Motlow, who died in 1947, in its marketing, since mentioning him in the advertising is technically just citing the full corporate name. Likewise, the advertisements continue to say that Lynchburg has only 361 people, though the 2000 census reports 5,740. This is allowable because the entire label was trademarked in the early 1960s when this figure was the actual population cited by the Census Bureau; changing the label would require applying for a new trademark or forfeiting trademark protection. However, the census population includes all of Moore County, as the county and city governments are consolidated.

Moore County, where the Jack Daniel’s distillery is located, is one of the state’s many dry counties. Therefore, while it is legal to distill the product within the county, it is illegal to purchase it there. However, a state law has provided one exception: a distillery may sell one commemorative product, regardless of county statutes. Jack Daniel’s now sells Gentleman Jack and Jack Daniel’s Single Barrel at the distillery’s White Rabbit Bottle Shop.

Bottles from my collection