Not knowing what you were drinking never was so fun before. Thanks to Angela and Colin for the chance of sharing such a great night. 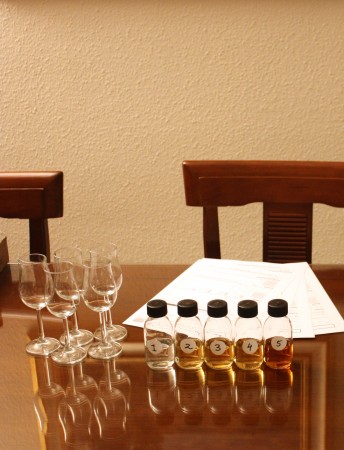 Before starting the tasting I was quite reticent because I have tried some Mackmyra whiskies before and I although they were fine drams they were not my favourite kind of whiskies: floral whiskies. I am more about sherried monsters and peat-armored whiskies. 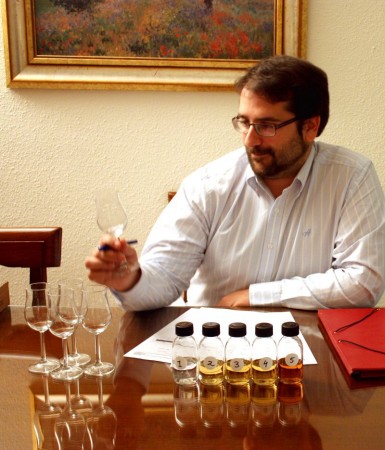 So the tasting was a set of five different Mackmyra from a clear-white one to a very reddish-copper tones whisky. We had to taste them and after the tasting session we should name them. Angela shared an unsorted list with the whisky names and so we all did our best bet.

So our first whisky, named #1, was a white clear whisky which have been in a cask. From still to bottle. Very floral with notes of grapes and herbs. It remind me of grappa. People kept talking about potatoes and soaked potatoes. My nose wasn’t so fine :)

Angela introduced us some facts about the new Mackmyra distillery, Gravitational, a new green distillery with a production of 0.5 million litres of alcohol per year.

@WhiskyBrother and I, impatient as we are, were already smelling #2. Awesome honey and spices in this one with notes of liquorice and pepper on the taste. For me it was perhaps the best one of the night. Again the twitter crew talked about banana, banana pie and that it smelled similar to Irish whiskeys, which it does but like four or five times stronger.

Whisky #3 has more fruits and nuts with touches of cinnamon. Angela points that it has a mineral touch that she loves. Maybe that is my nuts aroma. Then the taste is a torrent of spices. Just imagine Hulk using a spice punch. Yeah, like that. Many spices as vanilla, pepper, nuts and some cocoa. The finish is 100% Mackmyra: floral and citrus with honey and spices. This one is good but not as whisky #2. 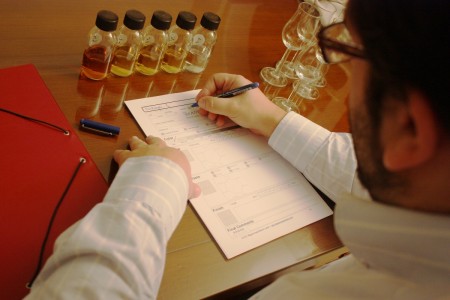 Next whisky, #4, is similar to #3, but Angela swear they are different. Honey and spices, but not as much as #3 with some acetone going there. On taste this one is great, lots of spices with anise and some wood. And finish with cardamom and honey. This one is the hardest to figure what it was about for me.

Finally the whisky #5 presents itself with a powerful “Ole!” and a peat-punch. It is very in the line of Master of Malt’s Bunnahabhain 20 years old Single Cask: sherry and peat. Lots of raisins, nuts and peat over the floral and citrus of Mackmyra. I am 100% sure that the cask that matured this whisky was a sweet oloroso sherry as I have finished a Laphroaig in a similar cask and this show the same profile aroma. Lots of excitement about this one, which unfortunately is a private cask.

The tasting lasted around 2:45 hours, which is really a bit long for what I was used to, but it was a great event with great whisky and really nice whisky people.
We were asked not to publish any of the pairing whisky, names and instead email them to either Colin or Angela. I have fingers crossed waiting for the result.

Note to self: Publish the tasting notes as soon as you know the real names of the whiskies involved. You don’t want people to know you missed even the newmake one.