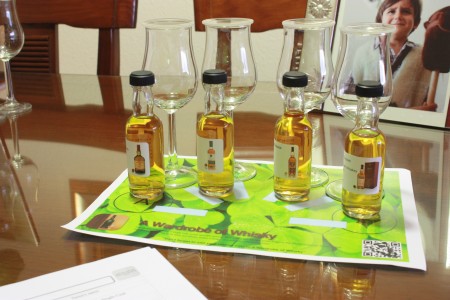 I have already tasted some of them in their Pure Pot still form and two of them were completely unknown to me. So the night promised quite interesting. 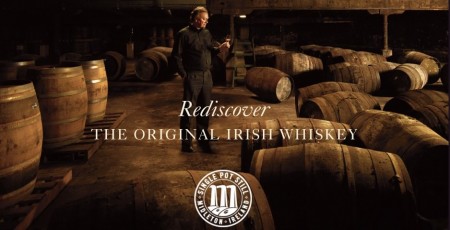 Until recently, single pot still whiskey was known as ‘pure pot still’ but in a move to follow the success of Scotch whisky they renamed it to Single Pot Still. God bless the Japanese for keeping on Pure Malt whiskies.

More detailed information on the history of single pot still whiskey is available on the Irish Distillers website singlepotstill.com.

These are the four whiskies we have tasted. 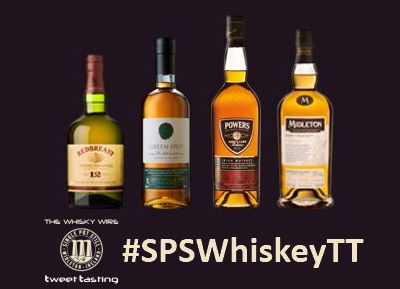 The first whiskey of the night has been the Redbreast 12 years old.

“Although we have been told this whiskey has been aged in Oloroso casks, Redbreast has a bourbon-ish character with notes of nuttiness and white chocolate. Quite quite interesting”

89
Redbreast is a beautifully balanced pure pot still Irish Whiskey, with a warm, generous texture, rich, sweet flavours and a spicy kick. In the view of many connoisseurs, the finest Irish whiskey available.

So based on other whiskies I have already tasted I rate this Redbreast 12 year with 89 points over 100.

I really have to test the cask strength version. Many of the taster swear by it…

Next whiskey was Green Spot. I tasted it at The Whisky Show in Jameson’s stand and I swear it wasn’t so sweet and delicious.

“Delicious! Lots of toffee on this not-so-green Spot. I remember this one as a perfect example of Irish whiskey but now that I am tasting again it is completely different”

89
An impressive revamp in the packaging for historic single pot still Irish whiskey Green Spot, which is no longer only available in Dublin grocer Mitchell's and will surely benefit from the increased marketing muscle lavished on it by owners Irish distillers.

So based on other whiskies I have already tasted I rate this Green Spot Single Pot Still with 89 points over 100.

Next one, Powers… the blended whiskey they made is one of the worst drams I have had… so my expectations with this one are low, very low…

“Greatly and possitively surprised. After tasting the original Powers Blended whiskey, this one is such a step forward that I wouldn't ever link both bottles to the same source. Amazing value whiskey”

90
70cl / 40% - An aged version of this classic Irish blend made by the Midleton distillery (home of Jameson)."I love the pot still character of Powers, and the 12 year old expression is quite stunning." John Hansell, Malt Advocate Magazine.

So based on other whiskies I have already tasted I rate this Powers Gold Label 12 Year Old - Special Reserve with 90 points over 100.

Finally a Midleton without age statement

“Great whiskey! Althought it is a NAS ( non age statement) instead of a 20 years old whisky like the old Midleton this Irish beauty exudes character and age on the glass”

91
70cl / 46% - A new release by Irish Distillers as part of the relaunched range of pot still whiskies. The Barry Crockett Legacy is named for the Midleton master distiller and combines bourbon cask matured whisky with some from a new american oak barrel. A great new entry into the Midleton line-up which has been showered with awards since it first appeared on the horizon.

So based on other whiskies I have already tasted I rate this Midleton Barry Crockett Legacy with 91 points over 100.

As an extra gift for this fantastic tasting I repost the tasting note of this incredible Irish whiskey aged in Malaga Wine casks.

90
This Pure Pot Still Whiskey is the second entry into the 'Spot' range, aged for 12 years and made up in part from spirit matured in Malaga casks for a more sweet dram.

So based on other whiskies I have already tasted I rate this Yellow Spot with 90 points over 100.

Haha! It has been a fantastic tasting. I applied for both this #SPSWhiskeyTT and #LaddieTT and told Steve that unless there were big peat monsters on the Bruichladdich tasting I would prefer to rediscover Irish whiskeys.

Never have I been more happy of this choice. I have retasted Redbreast and I have been quite impressed of the change, Green Spot was sweeter than ever and Powers was really really huge. My favorites drams has been Powers, Midleton and Green Spot. But all of them have been so nice… 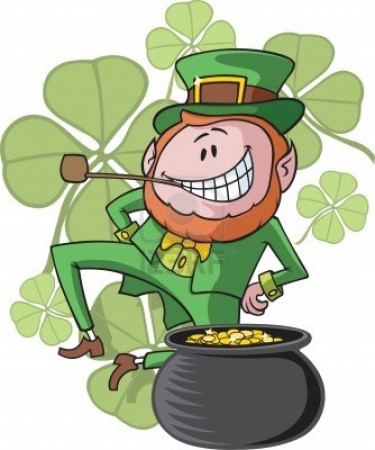 More happy than a leprechaun with a big pot of gold.