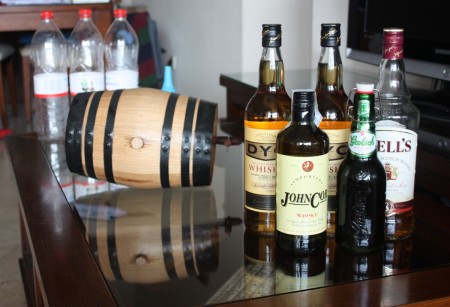 The cask, full of wine. Moscatel and Oloroso.
Everything perfect. Well, no. The wine tastes a lot of wood and Laphroaig, but it has imparted the wood the desired profile.

I forget about it for almost two years ( hehe! like those stunning press releases about old precious forgotten whiskies but this time for real) because I was so sad after the result that I couldn’t stand any longer the sight of the cask. A few weeks ago I just checked the cask and it was filled to about the half, so I topped it with more Fino sherry wine and decided to forget about it again…

But then I recalled how good was the Laphroaig after just two weeks and some chit chat that I have had with some whisky zealots and decided that this cask needed a refill and a second chance, well, not everyone deserves a second chance, just look at Jim Murray… he would keep naming Whisky of the Year to something that isn’t a whisky :P

I went and bought three bottles of the cheapest vilest whisky was able to get. For the information, I got two bottles of DYC, one bottle of John Cor and I topped it with Bell’s 8 years old and half a litre of raisins infused Grants whisky.

So first step was to empty the cask full of wine. 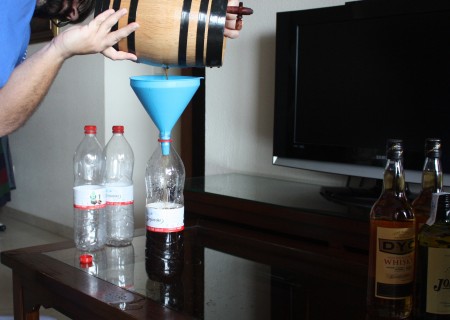 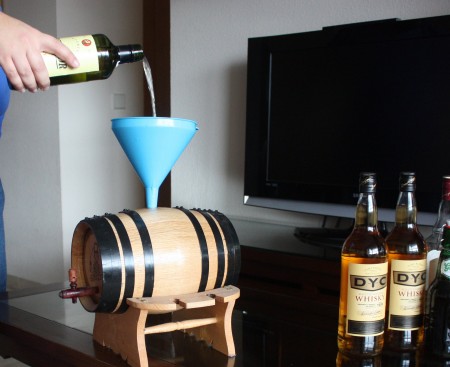 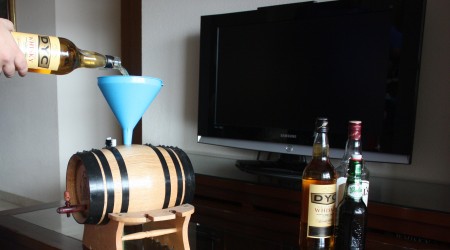 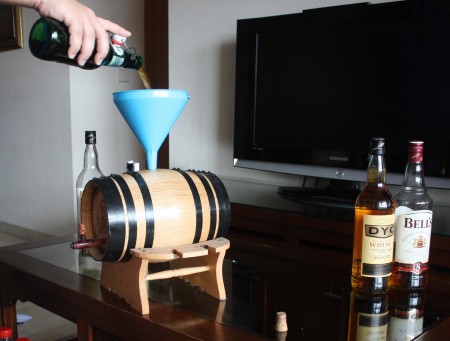 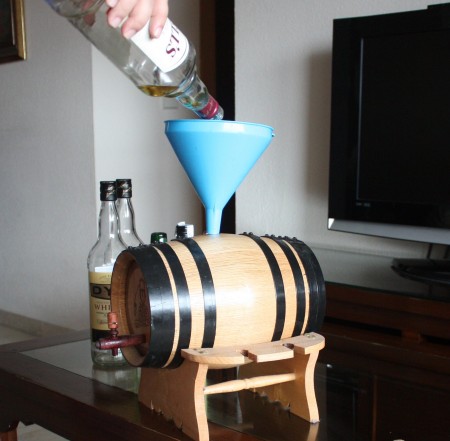 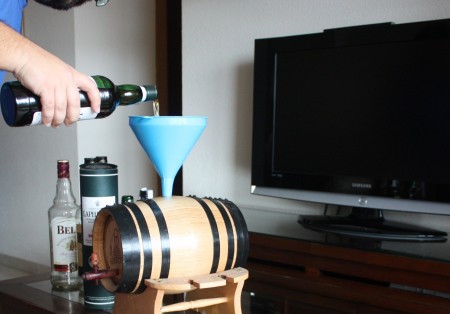 I will keep posting tasting notes as I mature the stuff, perhaps until it spoils again because too much wood influence. 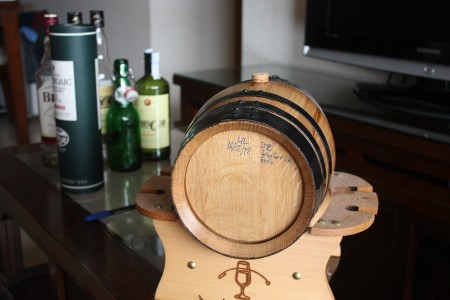 And this was six months ago, so now I have on my desktop around twelve samples of the different stages of the whisky maturation. So, keep your eyes peeled about an upcoming article with the tasting notes.