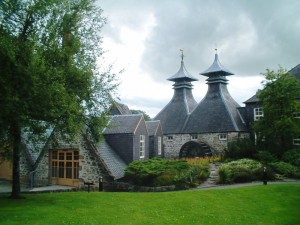 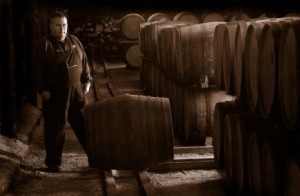 Chivas Brothers traces its roots to the opening of a grocery store at 13 King St, Aberdeen in 1801. The store sold luxury foodstuffs such as coffee, exotic spices, French brandies, and Caribbean rums to a wealthy clientčle. In 1842, Chivas Brothers were retained to supply provisions to the royal family at Balmoral Castle upon Queen Victoria’s first visit to Scotland.

In 1843, Chivas Brothers were granted a Royal Warrant to supply goods to Queen Victoria. Chivas Brothers was described in 1890 as `undoubtedly the finest purveying business in the north of Scotland` by Scotland of Today magazine.

During the 1850s, James Chivas decided to respond to his affluent customers’ demands for a smoother whisky, by beginning to blend whiskies to create a proprietary blend to Chivas Brothers. Their first blended Scotch whisky named `Royal Glen Dee` was launched, followed in the 1860s by their second blended Scotch whisky, `Royal Strathythan`.

In the 1880, phylloxera devasted French vineyards crippling the supplies of wine and brandy. Wine drinkers seeking an alternative turned to the growing scotch whisky industry.

In the early 1900s, Chivas Brothers decided to create their most aged blended Scotch whisky to export to the U.S, where the booming economy after the turn of the century was fueling demand for luxury goods. The whisky was named Chivas Regal.

Chivas Regal was purchased by Seagrams in 1949, which provided a much wider distribution and marketing system. Chivas Regal was re-launched as Chivas Regal 12 year old in the US following the disruption of both Prohibition and World War II.

In 1950, the company Chivas Brothers was able to buy the Strathisla Distillery which produces the Strathisla Single Malt, which is used within the Chivas Regal blend.

Chivas Regal was acquired by Pernod Ricard in 2000 upon the break up of Seagrams Group.

This is my collection of Chivas bottles