Tasting in honor of Laphroaig Live 2012, five proposed whiskies. I have all of them but Ardmore so I will taste three Laphroaigs and Connemara. 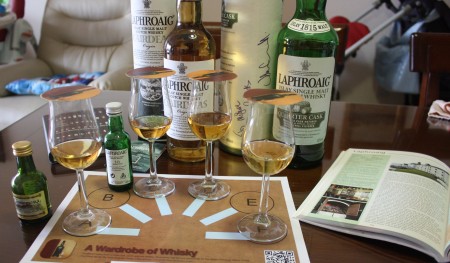 I missed the online event for a matter of hours so I sorted the whiskies as I though it could be best. I think that the drams has been sorted slightly different on the online tasting with Connemara and Ardmore being tasted in last place.

A very interesting peated tasting and I have delicious peat smell in all the room while I am writing this post.

“Lovely peat, so healthy in a rainy day like this one! Only Laphroaig delivers this great medicine”

90
Laphroaig 10 Year Old is an all-malt Scotch Whisky from the remote island of Islay in the Western Isles of Scotland. Laphroaig, pronounced "La-froyg", is a Gaelic word meaning "the beautiful hollow by the broad bay".

So based on other whiskies I have already tasted I rate this Laphroaig 10 year with 90 points over 100.

“I can't think of a better way of celebrating 18 of Friends of Laphroaig club, of which I am just another proud member! Slainte Mhath friends!”

Palate (92): powerful, oily. peat, honey, pepper, salt, seaweed, earth. More salty than the other Laphroaig whiskies that I have tasted.

So based on other whiskies I have already tasted I rate this Laphroaig Cairdeas Origin with 91 points over 100. 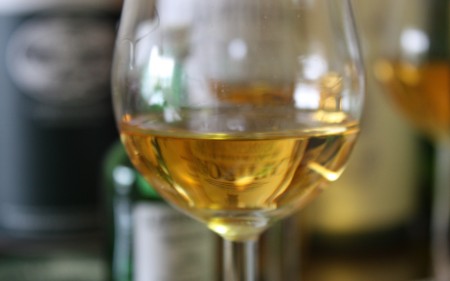 Laphroaig 10 years old is a solid peat experience and for a very fair price and this year Cairdeas whisky is so good that remind me of the old 10 years old Cask Strength single malt. Powerfully salty!

Connemara is a nice whisky but it is far from its Islay companions.