Whisky is a drink with a very powerful flavor and nose. Lots of fragances and aromas can be found in it. Learn what to expect.

Like wine, nosing is a big part of drinking whisky. The nose tells us about what is about to come before we drink the whisky and it is together with the taste and the finish of the whisky what distinguish a good whisky of a great one.

Nosing whisky can be a bit hard at the beginning until you get used to the alcohol in the nose. At first it will burn you and make your eyes tear, but on the end you will find one of the most rewarding experiences.

But, where do these aromas came from? 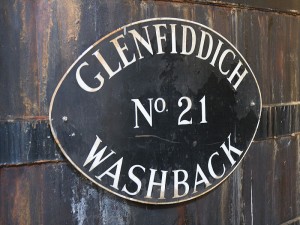 The type of barley, the kind of malt, the yeast used, how much the whisky ferment, at which temperature. All of it will give a different character to the beer. 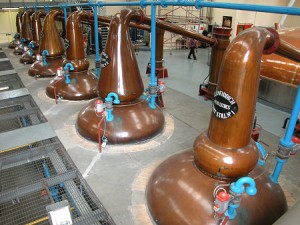 The type and shape of the stills is considered of vital importance of the final aromas and flavor of the whisky.
Pot stills usually impart more flavor than column stills. And between pot stills, the taller one create lighter spirits while the shortest ones create a more dense new make. 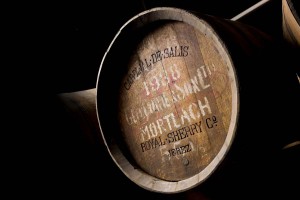 Finally, the way the whisky matures impart a great amount of flavor to the whisky.
The type of wood used in the barrel: american, spanish, french, japanese oaks.
The size of the barrels, the bigger the slower the maturation and so the less flavor impart the wood to the whisky.
The temperature and humidity of the warehouses, extreme climates mature the whisky faster than softer ones. Additionally, the hotter the place the faster the whisky evaporate from the casks, this is known as angel’s share. While in Scotland it is around 2%-3% of the total of the cask, in Spain it lose 3% annually and Amrut has created its oldest whisky, Amrut Double Cask, at seven years old when the cask had already lost 60% of its content!.

Types of fragances and aromas

So, what kind of aromas can be found?

Nosing skills are placed in the right hemisphere of our brain, while talking is on the left one. Nosing is so a creative process, everyone can nose, all of you, unless you have a medical problem can nose. If you think about it you will find that you can nose but it is really hard to say what you are nosing, you can even remember an aroma but it is impossible to explain it with words. Don’t panic! We are done that way, it is a feature, you need to workaround it.

I classify aromas in blocks to help me find what I am nosing:

It is usually the first thing you will nose on a whisky.
Think of sweet:
- Honey
- Candies
- Toffee
- Sugar

Smell and think what it remind you more of?

On whiskies, usually the older they are the more woody flavor they have.

Peat a dead vegetation that died covered in mud. Not very romantic, not fuel-efficient but seems that there is a lot of it in Scotland. If a whisky is peated you will smell that for sure. It is a profile that not most of the people enjoy on the other hand.
- Smoke
- Bacon
- Toast
- Iodine
- Seaweed

On whisky it is easy to find aromas of what it one was; beer.
- Barley
- Biscuits
- Bread
- Corn

As you see there are many things that are not hard to find at whisky.
But the most important thing that you have to know when you nose whisky is to have fun. Just try to find things and don’t get obsessed by what others says. Most of times, you will coincide on the basic profiles.