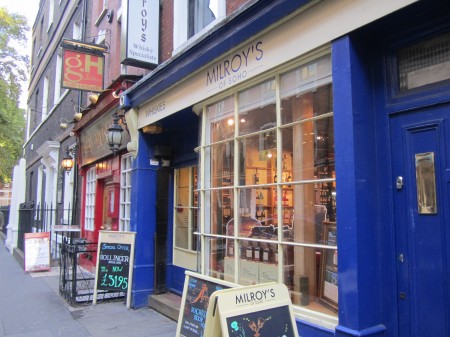 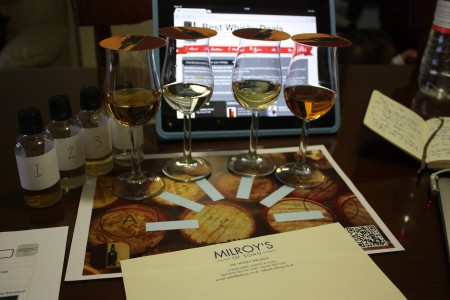 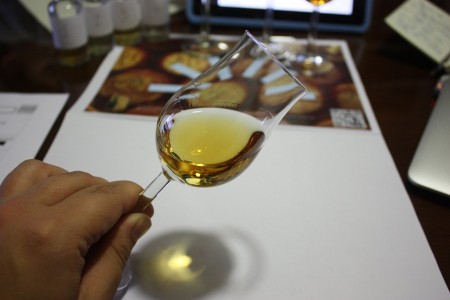 First whisky of the night is a blended malt. I nose it and it does in fact smell quite well… I am reading on twitter that the bottle cost Ł19,95. Ppfff! I almost choke myself. Are you nuts?! You could ask three times more for this whisky at still looks like nice whiskies. @Milroys explain that they are about whisky not about money. My respect for chaps at Milroys has increased two orders of magnitude.

“This could have been a transcendental experience at cask strength, but it is just a very nice whisky. You can't ask anything more for £20”

Aged in high grade hogshead casks to achieve a perfect balance that is seductively rich and mellow.

Palate (89): smooth. honey, nuts, wood, citrus, vanilla, cocoa, tobacco. What a great dram would it have been at cask strength...

So based on other whiskies I have already tasted I rate this Milroy's of Soho Blended Malt with 89 points over 100. 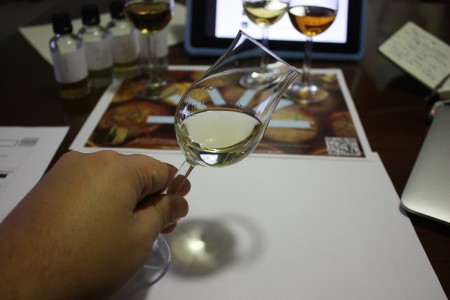 Time to move to second dram. I just put my nose on this Longmorn and nothing, nose again, nothing again. I have a bit of water. Nose again. A shy whispering of citrus, honey and spices. @Milroys explains that they choose this cask for a light summer dram. Make sense.

“Too subtle for my taste. This be the delight of some blended drinkers but it isn't mine”

86
Like the Royal Lochnagar, this Longmorn is drawn from a single Ex-Bourbon barrel, creating a wonderfully delicate aromatic whisky.

Milroy's Longmorn will be launched to coincide with the August Sports Day events that we daren't mention by name ( London Olympics ).

What purer way to celebrate the pinnacle of sporting achievement than with a dram of whisky. Well it makes sense to us.

Nose (85): average. honey, spices, floral, fruits. Very closed nose. It tells so little of the whisky in the glass...

So based on other whiskies I have already tasted I rate this Milroy's of Soho Single Cask Longmorn 13 years old with 86 points over 100. 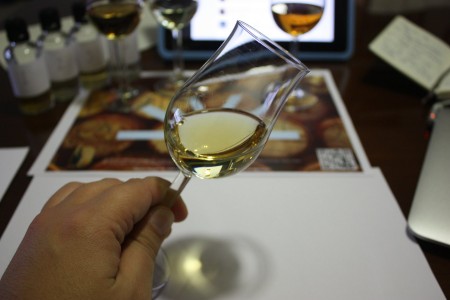 Sorry chaps! I forgot I was in a tasting! I have been smelling this one even covered. I just uncovered it, nose it and accidentally sipped at it one time, two times, three times… oops, what is it that blinking on the background? Twitter? Oh! The tasting! Oh my!

“One of the best Connemara I have had. Milroys has choosen a great cask here. Go and grab one before it flight off the shelves!”

90
Milroys chose one of the best first fill bourbon cask Cooley has around.

This delicious single malt whiskey is part of a limited release single cask of just 296 bottles and bottled at 46%.

Nose (88): more than average. honey, fruits, melon, vanila, citrus, floral, banana. This is Connemara for sure. That fingerprint of bubblegum and bananas can't be mistaken.

So based on other whiskies I have already tasted I rate this Milroy's of Soho Single Cask Cooley 2001 11 years old with 90 points over 100. 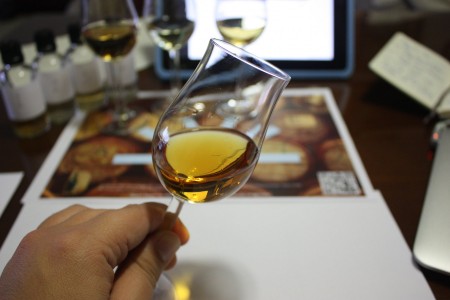 To complete the night a very interesting ( and unique ) proposal from Holland, a 100% Rye whisky.

“Rye? From Holland? Serious? Yes, yes and yes. And it is totally fantastic stuff and unique in its genre.”

Nose (89): more than average. spices, floral, vanilla, wood, dust. Quite good nose. You can get lost there.

( Ooops! I have spilled most of the rye over my laptop. Now I have a Rye-infused Macbook. )

I knew I was going to regret not to having bought any of them. I knew it!.

I have enjoyed Cooley Single Cask and Zuidam Rye, both of them great and it is a nice relief to know that I can still order them online at http://milroys.co.uk

It is my duty to mention the blended malt that having being bottled at higher ABV it would have been such an awesome whisky… very nice indeed for a Ł20 whisky.