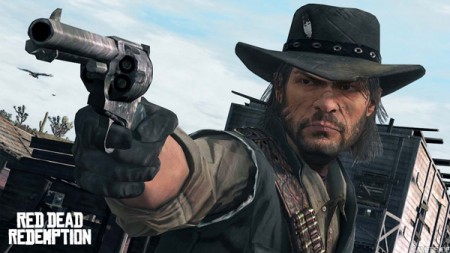 When federal agents threaten his family, former outlaw John Marston is sent across the American frontier to help bring the rule of law. Experience intense gun battles, dramatic train robberies, bounty hunting and duels during a time of violent change.

Red Dead Redemption is an epic battle for survival in a beautiful open world as John Marston struggles to bury his blood-stained past, one man at a time.

I have spent most of July playing the game and I have enjoyed it so much that I have had barely time to write anything for the blog. The music, the history, the graphics everything is great and they even have bourbon! If you want to spend a fortnight connected to your Xbox 360 or you PS3 go and grab this game. It is a must-have.