Just to be fair… I tasted these whiskies three month ago and I have been waiting to write this article until I can secure a bottle of one of them. Most of you know that I love Amrut whiskies but these single casks are really fantastic. 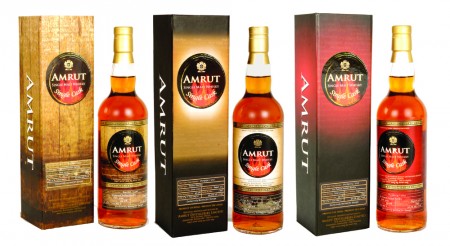 Since I tasted my first Amrut three years ago each one I have drank has impressed me in one way or another, their peated malt, their cask strength, their strange cask managements. Also I have to say that I love the way the bottles look.

But about the whiskies… i tasted three Amrut single cask… you guessed it… at TWE Whisky Show 2013. 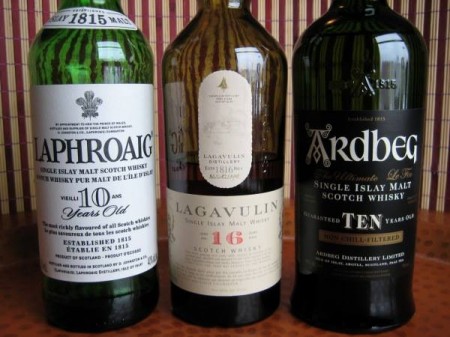 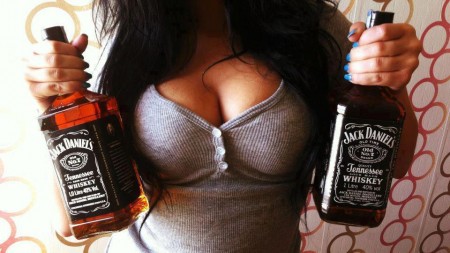 Speaking about Jack Daniel’s, I would seriously prefer to have my liver ripped with a spoon that drinking two whole litres of it… but what kind of nonsenses have ever men done for women.

Do you know I love newmake, don’t you? I am just kidding. I really hate most of them… so rustic, herbal, raw… I would put them all for 20 years in wooden casks. So, I really have no clue what the f#&$ I was thinking about when I decided to taste this spirit. As it is not three years old, it can’t be called whisky. Bruichladdich did also a X4+3 although I haven’t tasted myself.

So let’s review this. The sooner we end the better.

“Uaagh! It is a newmake that tastes like an awful just distilled newmake... who would have imagined it...”

60
Bruichladdich X4 has been distilled four times, reaching 92%, before being bottled at a reduced 50% without ageing (which is why it can't be called whisky).

So based on other whiskies I have already tasted I rate this Bruichladdich X4 with 60 points over 100.

I really see no point in this except damn curiosity. You better drink grappa than this stuff.

When I knew that the guys behind CaskStrength.net were doing a blend together with Cutty Sark for the C letter of the alphabet of whisky I decided I must have that bottle. I am seriously lagging in tasting whisky but finally came the moment to review this dram.

You all know that I am not a fan of blended whiskies, I can only stand Chivas 21 or Blue Label between others… but never truly enjoyed a Cutty Sark… so let’s cross fingers and let’s review this whisky.

“So is this what happens when you don't spoil a blend with water? Simply fantastic!”

90
Bottled at 51.4% (UK 90 Proof) this release coincides with the 90th anniversary of the Cutty Sark brand and just 500 hand-signed bottles will be available exclusively from Master of Malt.

So based on other whiskies I have already tasted I rate this Caskstrength and Carry On (Cutty Sark) with 90 points over 100.

This is an awesome whisky! Really other blenders should really start releasing special limited releases *wink* of their whiskies at cask strength. It is so much better than the original Cutty Sark. Good work!

You all know that I have a kind of passion for collecting rare whiskies from all around the world, so when I knew about this South Africa grain whisky I decided that it was a chance I couldn’t miss… and now it has come the time to taste it.

“It is a fantastic grain whisky for the price. I am really looking forward to taste this one with ten years more”

87
Bain's Cape Mountain Whisky – produced in Wellington and named after the man who built the first road there – has actually been on the market for the past year, but has just returned triumphant from major drinks competitions in the UK, where it took a gold medal and best-in-class citation at the 2010 International Wine and Spirits Competition and a silver at the 2010 International Spirits Competition.

So based on other whiskies I have already tasted I rate this Bain's Cape Mountain Whisky with 87 points over 100.

Quite nice and it had a really good price. I really look forward to see an older version of this whisky that could be quite sensational. Have you taste this one? How old would you say it is? 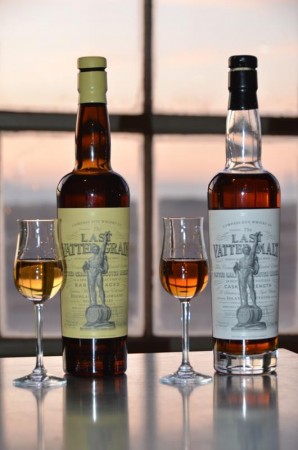 Aye! You have money, and you want people to notice, to know, to envy you. What do you do? Well… you realize that you are not so fucking rich, so you go and buy a bottle of this expensive Chivas. Chivas 25 years old. 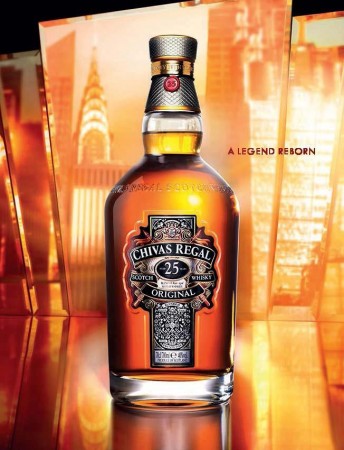 Let me review it and then I share with you my opinion.

Yamazaki has released their range of single malts recently and here it is my tasting of the Puncheon bottle. If you, like me, are wondering what the hell is a Puncheon, it is a cask of around 480 litres, double the size of a hogshead but smaller that a butt. That means that the whisky will age slower in this bigger casks.

“Cracking stuff! Assaulted by surprise... it is an amazing whisky even with that price tag”

So based on other whiskies I have already tasted I rate this Yamazaki Puncheon 2013 with 90 points over 100.

The whisky is quite nice but I think that the price is a f$%$#@ joke. I can’t afford to pay over £100 for a whisky one month and another… what used to be an exception is nowadays the rule… bad days we live.
PS: It is slightly cheaper on The Whisky Exchange… but still…

Muahahahah! Talisker and four jokes, I mean whiskies… This tasting doesn’t look interesting at all. In fact the best thing that Diageo could have done with Cardhu would have been close it after all the Pure Malt issue… at least their stock would be more valuable now. And nobody drinking Johnnie Walker would notice the change anyway… 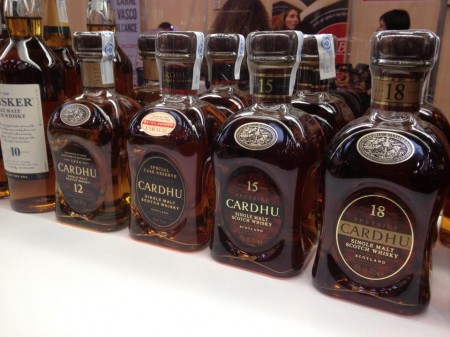 This one looks like take from a whisky show or something like that… anyway… who cares? Let’s taste them.