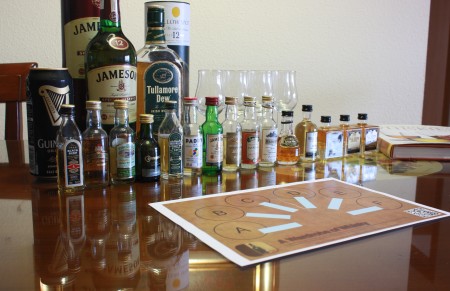 Share your thoughts! comments written.
89
A great Single Malt Whiskey, matured over a decade a personally selected by Bernard Walsh. Each batch is limited in availability to 100 cases. Distilled from the finest Malt Barley and blessed by the Waters of 'St Columb's Rill'. The Irishman Single Malt is matured in Bourbon and Sherry Casks, Bourbon to mellow the whiskey and Sherry to add a hint of sweetness.

Finish (88): no finish. citrus, floral, honey, smoke. Finish length is innacurate as the previous tasting sheet lacked of this field.

So based on other whiskies I have already tasted I rate this The Irishman Single Malt with 89 points over 100.