Finally I found the time and peace of mind to write my review of the #ArranWhisky tasting that was on June, 30th with Steve Rush from The Whisky Wire and a good amount of fellow whisky lovers.

I really like a lot Arran whiskies so this chance of tasting the new 17 years old was a thing I could’t reject. And well… the other expressions were also quite exciting specially the Miss Black bottle that was specially bottle for Miss Black’s wedding.

So let’s review the whiskies…

“Nose is quite nice with a wonderful sherry note but the taste is light, too light for my taste. The kind of blends that I don't enjoy”

So based on other whiskies I have already tasted I rate this Syndicate 58/6 12 Year Old with 87 points over 100.

Another boutique whisky from yet another blender… but ka-boom! This stuff is really nice. Not sure why but The Whisky Lounge went totally under the radar for me.

“Maybe 10 to 12 years and a bit over the limit on the sherry side. All what you can expect from a sherry bomb. I like”

This dram has a treacle-like color.

So based on other whiskies I have already tasted I rate this The Bomb - Oloroso Cask Finish (The Whisky Lounge) with 90 points over 100.

Keep an eye on these guys because there is good sincere whisky there.

So based on other whiskies I have already tasted I rate this anCnoc - Peter Arkle Limited Edition 4th Release with 90 points over 100.

Welcome to the Darkness… Darkness is a range of single malt whiskies finished, and some of them aged, in sherry casks to give them that characteristic dark color that is a promise of spices, christmas aromas, cocoa and nuts.

Maverick Drinks send me five samples of their initial batch, an Ardbeg 21 years old finished in PX between them. I were going to explain you about how it was done and what was the finish process and what it does mean to whisky… but I am so anxious to taste them that I don’t really want to lose any more time on small talk. 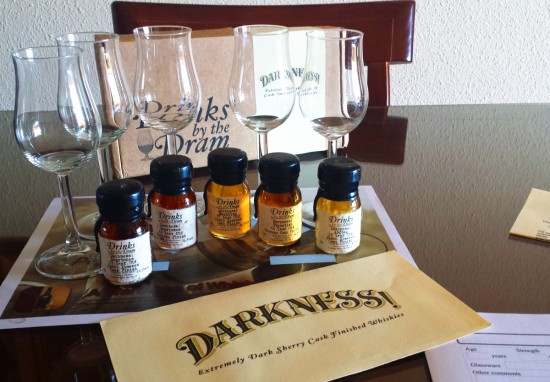 A few days ago I received a sample of this fourth addition to the Rare Casks range of whiskies by Abbey Whisky. 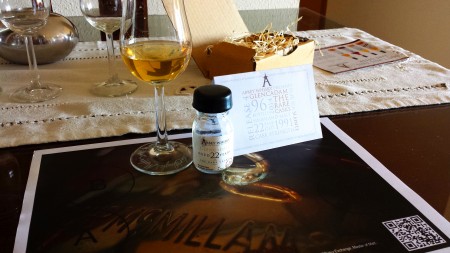 “Fantastic whisky with a good nose that turns into a great taste after the first sip. Great addition to The Rare Casks range”

So based on other whiskies I have already tasted I rate this Glencadam 22 years old The Rare Casks with 92 points over 100.

At first it is nice with toffee and wine notes but then after the first sip it turns in a fantastic whisky. Pretty much in love with it… as much as the Glendronach I got from them. 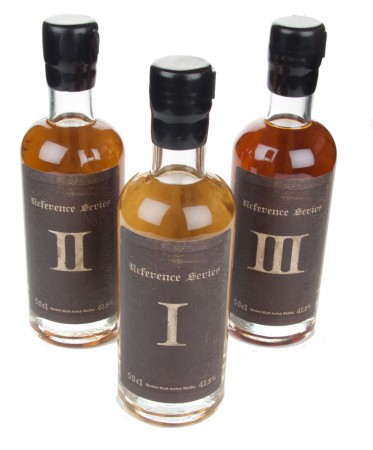 So here comes Maverick Drinks at the rescue with a very educational and interesting proposal: a range of whiskies that allow you compare and contrast different production techniques and ingredients. Have you ever wondered how a whisky differs after Chill-filtration, Met Karamel? Well… now it may be your chance to learn and grow.

A few weeks ago I received a set of samples for the initial launch. They are three blended whiskies with different proportions of aged whisky. The whiskies are made with three ingredients A – young blended malt, B – complex and spicy blended malt, C – old single malt and D – very old single malt.

So let’s taste them

Today I review two Bowmore, the new Small Batch aged in bourbon casks and the 15 years old Darkest and I will pair them too with two new Chocolates from British Chocolatier Montezuma’s: Bowmore Small Batch and Darkest. 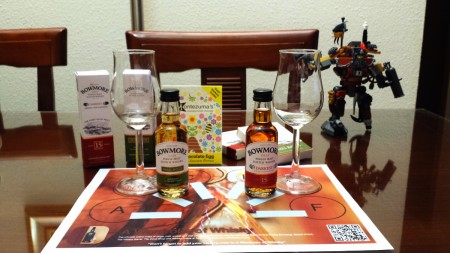 So, what are we waiting…

Japanese whisky is something that makes you wonder why you didn’t discovered it before… they are damn good whiskies, they are all you want from a single malt and much as their Scotch cousins they are increasing their prices quite fast. Here we have a Yamazaki 18 years old, Hibiki 12 years old, Miyagikyo 10 years old, Yoichi 12 years old and Yamazaki 12 years old. 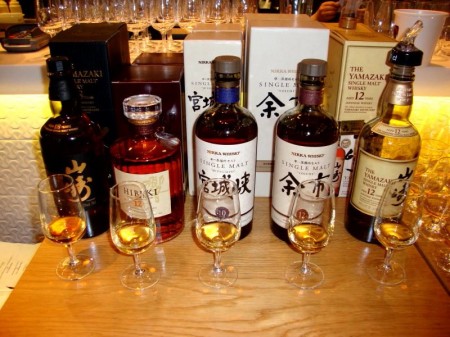 Let’s review them, but let me do the tasting in a different order.

Whisky tasting Sessions is a blind whisky tasting run by Whisky-distilleries that is quite interesting because you taste strange and rare drams the way they should be reviewed: blind.

I have just realized that I still have to write about a few Whisky Tasting Sessions and one Rum Tasting Session. This is the 2014-01, and I have found a few quite good drams. 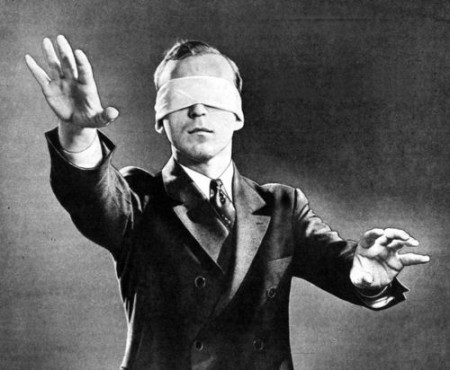 Let’s review them and I tell you my favorite.