There is a joke among whisky bloggers that says that many of them ( or us ) just write the reviews to get free whisky. I don’t find it fun because I get almost no free whisky ( and I would love guys! I am here! Send me samples!). But definitively, there are times, when this freedom that paying for your own stuff gives you, is #priceless 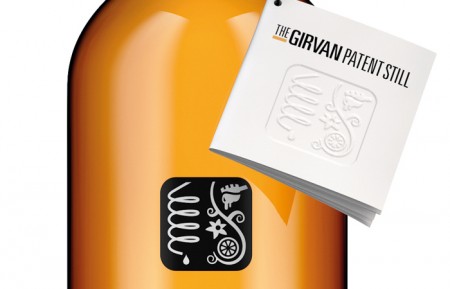 So, imagine. You are on The Whisky Show 2013 you can either go to a Single Grain Whisky tasting ( mysterious ) and spend around one hour there or taste, who knows…, 6-10 drams. Isn’t life full of hard decisions? For a reason I yet don’t understand I attended the Single Grain Whisky Tasting, just to find that it was about Girvan whiskies.

Three whiskies. Nothing on the labels. The guy running the tasting explains how the column still works and show us a bit of the Girvan distillery and then we start tasting…

92
This is maybe the first old whisky bottle of Single Grain whisky bottled by the Girvan distillery themselves.

So based on other whiskies I have already tasted I rate this Girvan Patent Still 25 years old with 92 points over 100.

“Quite young. It is more an aquavit than a whisky but the taste isn't that bad”

So based on other whiskies I have already tasted I rate this Girvan Patent Still #5974 with 81 points over 100.

“Cracking whisky... but for the price you can get similar indie bottlers stuff”

93
In 2013, Grant's took the decision to introduce a range of Single Grain whiskies from their Girvan distillery in Ayrshire. The 30 year old was a hit at their masterclass at The Whisky Show that year and is rich with a spicy woodiness. This is the only bottling in the range to use a maize base, which was last used at Girvan in 1984.
TODO: Check if strength is 42% or 40%

So based on other whiskies I have already tasted I rate this Girvan Patent Still 30 Year Old Single Grain Scotch Whisky with 93 points over 100.

So while drinking the 25 years old someone asked about the retail price, and I swear I almost spit all the whisky when I understood £250. It must be my bad english, God knows that I would love to properly understand and speak english. So sure I was that it was a mistake that I even didn’t care to write it down…

When a few weeks later I see it on The Whisky Exchange I really couldn’t believe it! I understood it correctly! a 70cl bottle of single grain whisky barely over 25 years old for £250… What. The. Fuck! For that money I could get a twice times older Girvan from Clan Denny.

Really, the fucking whisky industry is like a big train where everyone wants to jump into it to make the most money in the smallest time possible. How in hell can someone ask you £250 for a bottle of 25 years old whisky that it is not even bottled at cask strength?! You are going to have a very fun time when you know that the 30 years old will skyrocket to £450 ( if I didn’t understand it wrong ).

This is getting nuts. I can (barely) understand that someone ask £350 for a bottle of 30 years old Karuizawa of which there is only a few hundreds casks left.. but £250 for a whisky from a running distillery that distill 60 million liters of alcohol per year?! That’s nuts! This is not art. This is not Picasso. This is biggest bullshit ever… even if the whisky was quite nice ( but you can get a clan Denny as nice as this for half the money ).