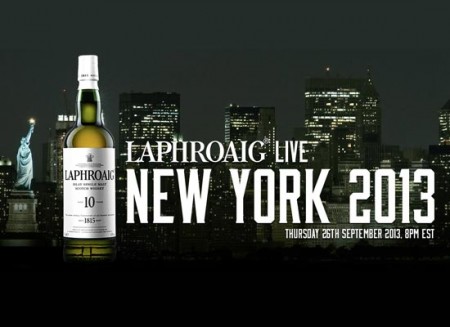 I have a bottle of this one but still I haven’t tasted it… let’s see if TWE Whisky Show gives me a chance.

Maker’s Mark was doing quite well and so they decided to release a version of it bottled at 40% ABV and the public outrage that followed made them reconsider their decision and bottle it again at 45%. Not sure if this new Maker’s Mark 46 is the same as the old one…

So based on other whiskies I have already tasted I rate this Laphroaig Feis Ile 2013 - Cairdeas Port Wood Edition with 90 points over 100.

As usual you can follow the Live Show at http://laphroaig.com/live. I was at the Laphroaig Live Jerez and that was definitively what sparkle the my interest in writing about single malt whisky. If you have the chance, go! Free Whisky!