I suppose I was expected to have reviewed these whiskies sooner, but right now I am working on so many things that I have almost no time for one of my favorites things: drinking whisky.

But enough talking about me… if you know about world’s whisky, you will know that in Sweden there is a big whisky maker called Mackmyra with some interesting whiskies, but there is also another distilleries like Spirit of Hven. A small whisky distillery placing the focus on small scale, hand made, hand bottled, small batches whiskies, and also gins & vodka. 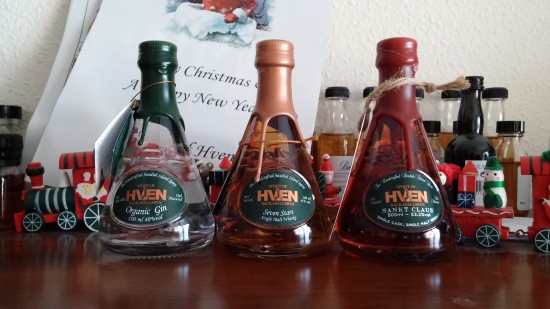 “Nice whisky with a delicious touch of toffee and smoke. I just think the price is way too high”

So based on other whiskies I have already tasted I rate this Spirit of Hven Seven Stars Nš2 Merak with 87 points over 100.

“Powerfully sherried-like ( although it was aged in Merlot Casks ) and complex. Surprising. It took me off-guard... I have enjoyed it ”

89
A delicious blend of three single malt whisky casks from this Sweddish distillery released to pay tribute to Saint Nicholas, patron over sailors and fishermen.

So based on other whiskies I have already tasted I rate this Spirit of Hven Sankt Claus with 89 points over 100.

Lovely whiskies. Just a bit below the point of awesomeness but pretty nice nonetheless… I just ( and still ) complain about the price that make them less interesting ( in a bang for the buck way of life ). I understand that it is a small batch hand crafted whisky but still… anyway I find most of recent releases just too expensive for my pocket, so perhaps it is just me.